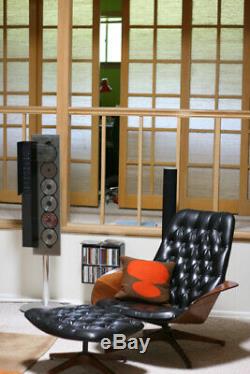 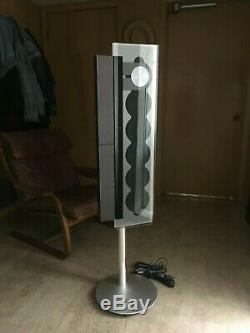 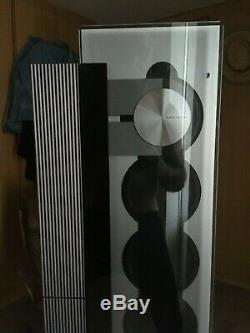 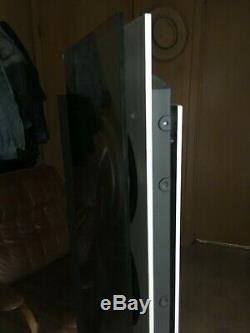 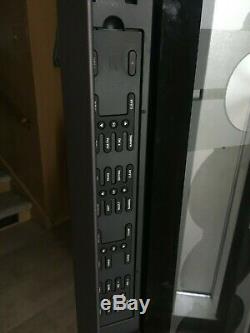 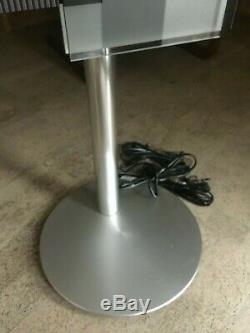 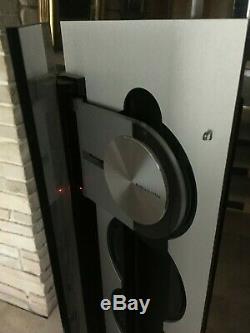 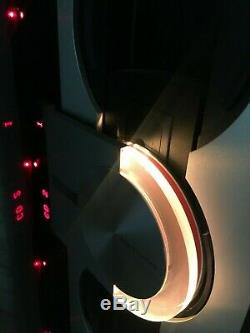 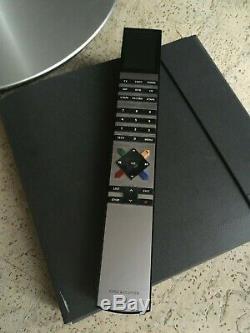 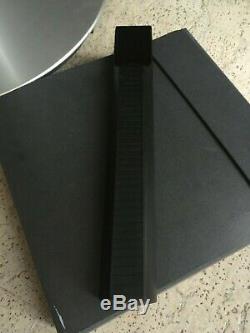 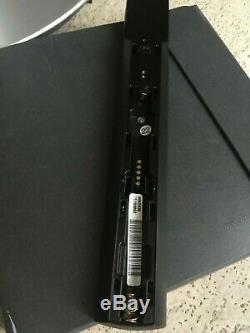 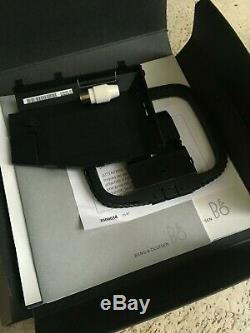 Good condition, one speaker has distortion, so would need a repair. The Bang & Olufsen BeoSound 9000 has a carriage that moves between six CD compartments, enabling easy playback of your favorite albums. The glass-covered natural aluminum plate holds the CD carriage in place. Meanwhile, the backlit acrylic display interface on the CD player lets you view the album and song title that is currently being played.

This audio player contains an extensive operation panel with several buttons that are functionally grouped, enabling easy access for operating the player. Timer, editing, and sound adjustment controls are all present just beneath the player's lid. It can also be controlled by the optional B&O Beo4 remote control.

The discs are loaded and held in place by the player's spring-suspended jaws while discs not in play can be easily replaced without interrupting the playback. The Bang & Olufsen BeoSound 9000 six-CD music player works so quickly that the changeover between two CDs lasts no longer than a few brief seconds. In order to distinguish between different discs, up to 200 CD titles can be named and entered into the memory, and that name will appear on the display whenever the CD is active. Memorized CDs will be left in the same position as they were loaded, with the title clearly visible. For added convenience, the Bang & Olufsen BeoSound 9000 operates in seven different positions.

It can be placed vertically or horizontally, on the wall, or on the specially designed stand. Its design facilitates easy operation. Even if the CD player is mounted vertically, a digital time controller is constantly monitoring movement and adjusting the motor in order to counteract the effects of gravity.

This ensures that movement is always kept within 3.5 to 4 seconds. When mounted vertically, this system can stand between a pair of B&O loudspeakers.

The Bang & Olufsen BeoSound 9000 also features plenty of safety mechanisms to ensure that the system is safe to operate. If the glass door is ever lifted prematurely while the system is still active, then the CD clamper will stop immediately. If the B&O BeoSound 9000 ever falls from its vertical mounting, then a power failure feature will prevent the clamper from being damaged.